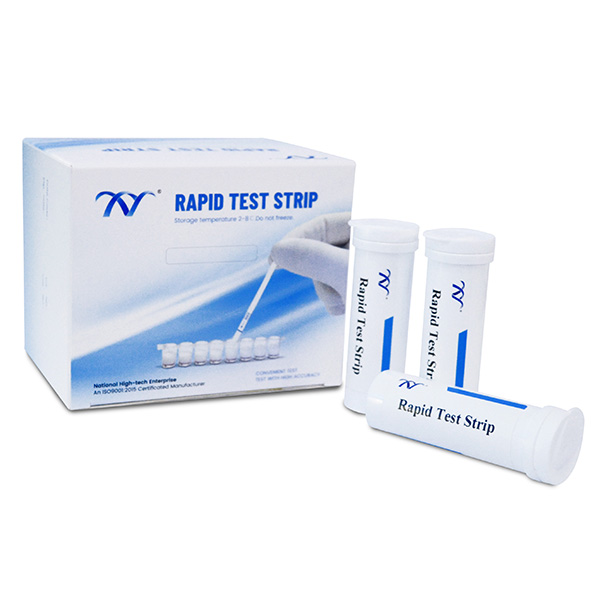 Aflatoxin M1 in the sample compete s for the antibody with the BSA linked antigen coated on the membrane of the test strip. Then after a color reaction, the result can be observed.

This kit is used for rapid qualitative analysis of aflatoxin M1 in raw milk , Pasteurized milk or UHT milk.

Aflatoxins are commonly founded in soil, plants and animals, various nuts, especially peanuts and walnuts. Aflatoxins are also frequently founded in corn, pasta, condiment milk, dairy products, cooking oils, and other products. Generally in tropical and subtropical regions, the detection rate of aflatoxin in food is relatively high. In 1993, Aflatoxin was classified as a class 1 carcinogen by the cancer research institute of the WHO, which is a highly toxic and highly toxic substance. The harmfulness of aflatoxin is that it has a destructive effect on human and animal liver tissue. In severe cases, it can lead to liver cancer and even death.

Aflatoxin poisoning mainly damages the liver of animals, and the injured individuals vary with animal species, age, sex and nutritional status. The results of the study shows that aflatoxin can lead to a decline in liver function, reduce milk production and egg production, and make animals less immune and susceptible to infection by harmful microorganisms. In addition, long-term consumption of feed containing low concentrations of aflatoxin can also Causes intraembryonic poisoning. Usually young animals are more sensitive to aflatoxins. The clinical manifestations of aflatoxins are digestive system dysfunction, reduced fertility, reduced feed utilization, anemia, etc. Aflatoxins can not only make dairy cows productive The amount of milk has declined, and the milk contains transformed aflatoxins m1 and m2. According to the statistics of American agricultural economists, the American animal husbandry suffers at least 10% of the economic loss every year due to the consumption of aflatoxin-contaminated feed.